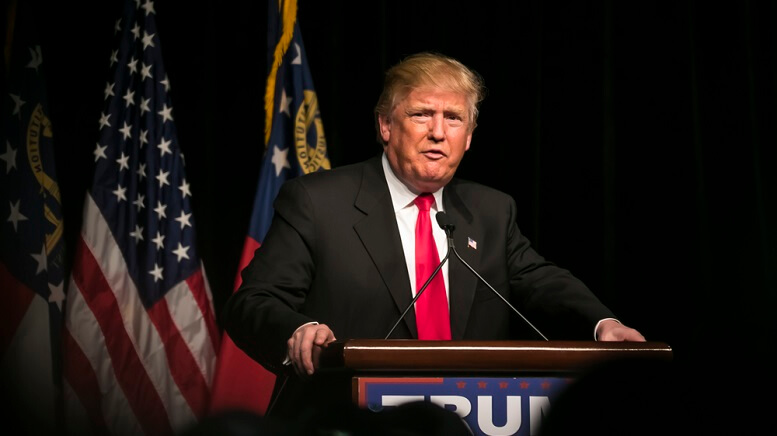 The cryptocurrency space may have been having a great time this year so far as Bitcoin started on one of its strongest bull runs since 2017 and other crypto tokens gained as well. However, it needs to be kept in mind that there are a lot of things that can disrupt the crypto space and perhaps the biggest disruption was Facebook’s recent announcement that it was going to launch its own cryptocurrency. While that was a disruptive development on its own, nothing perhaps readied the crypto sphere for an attack from the United States President.

In a series of scathing tweets, President Donald Trump criticized cryptocurrencies and Bitcoin, before going on to add that companies like Facebook should apply for banking licenses.

In the first tweet of what is known as a ‘thread’ on the social media website, Trump said, “I am not a fan of Bitcoin and other Cryptocurrencies, which are not money, and whose value is highly volatile and based on thin air. Unregulated Crypto Assets can facilitate unlawful behavior, including drug trade and other illegal activity.”

In the second tweet, he went on to attack Facebook’s Libra and stated that the coin neither had ‘standing’ nor ‘dependability,’ and insisted that the social media company should seek a Banking Charter instead.

In this regard, it needs to be noted that this is not the first time that Facebook’s Libra has come under for attack from powerful people in the United States. Yesterday, the head of the US Federal Reserve Jerome Powell spoke about his doubts with regards to Libra and went on to state that there is going to be intense scrutiny of the token before it could be allowed to be used in any way. The statement led to a bloodbath in the crypto sphere as the prices of all major cryptos declined significantly.

United States on High Alert as Cryptocurrency in June 2020 SHOWING STRENGTH! | Best Crypto News 2020
Worlds Best And Highest Paying Bitcoin/Crypto Currency Faucets For June 2020!! Free Bitcoin!!
The Battle for the Future of Money, Feat. Lawrence Summers, CZ, Michelle Phan, the Winklevoss Brothers, The Chainsmokers and More
CRYPTO IS READY FOR THE NEXT IMPULSE!
CryptoKitties Creator Debuts NBA Game on Its Own Blockchain