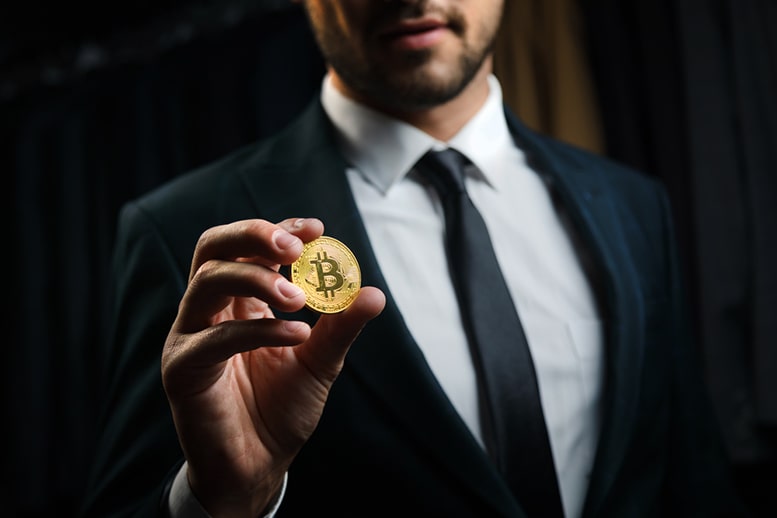 JPMorgan Chase & Co (NYSE:JPM) CEO Jamie Dimon has always been tough when it comes to his stance on Bitcoin (BTC). Back in September of 2017, Dimon even went as far as calling it a “fraud.” He later retracted his statement and said that he was wrong for calling it a fraud but was still wary of the digital currency.

Well, it seems Dimon has something different to say about Bitcoin now. Again.

Two days ago at an AXIOS conference, the CEO was asked about changing his mind on Bitcoin, and he said, “I never changed what I said, I just regret having said it,” CNBC reported.

“I didn’t want to be the spokesman against Bitcoin (BTC). I don’t really give a s*&^, that’s the point—okay? But Blockchain is real, it’s technology, Bitcoin is not the same as fiat currency.”

Most major banking CEOs around the globe have taken a very similar stance on the matter. Nearly a year ago, Morgan Stanley (NYSE:MS) CEO James Gordon stated that despite Bitcoin rising 700 percent in 2017, the digital currency was the definition of a “speculative investment and anyone thinking it might be stable is deluding themselves.” Gorman goes on to describe Bitcoin as “not even close to a safe investment.”

Goldman Sachs (NYSE:GS) is the exception among most major US banks. GS has been very pro digital currencies and is even recently rumored to have started onboarding some of its clients to sign up for its future crypto projects. There has yet to be an official statement from the bank on the matter, but the support shouldn’t come as much of a surprise, as the bank has been vocal about its crypto plans in the past.

Despite the negative outlook on digital currency from Jamie Dimon and most of the major banks around the world, many of them  are working with some form of blockchain technology behind the scenes, to see if it can improve their day-to-day operations

Just a few days ago, it was reported that nine Japenese banks have states using a Fujitsu blockchain settlement trial.

Will Meghan Markle & Prince Harry Ever Learn They Can’t Have It All?
Here’s Why Nasdaq Will Surge to New All-Time Highs Amid the Pandemic
How To Make Money Trading Bitcoin/Cryptocurrency For Beginners! $100/Day With Trades? Bybit, Binance
TOP 5 Bitcoin Trading Tips (TA + More)
Will Quantum Computers BREAK Bitcoin Someday? (Explained For Beginners)