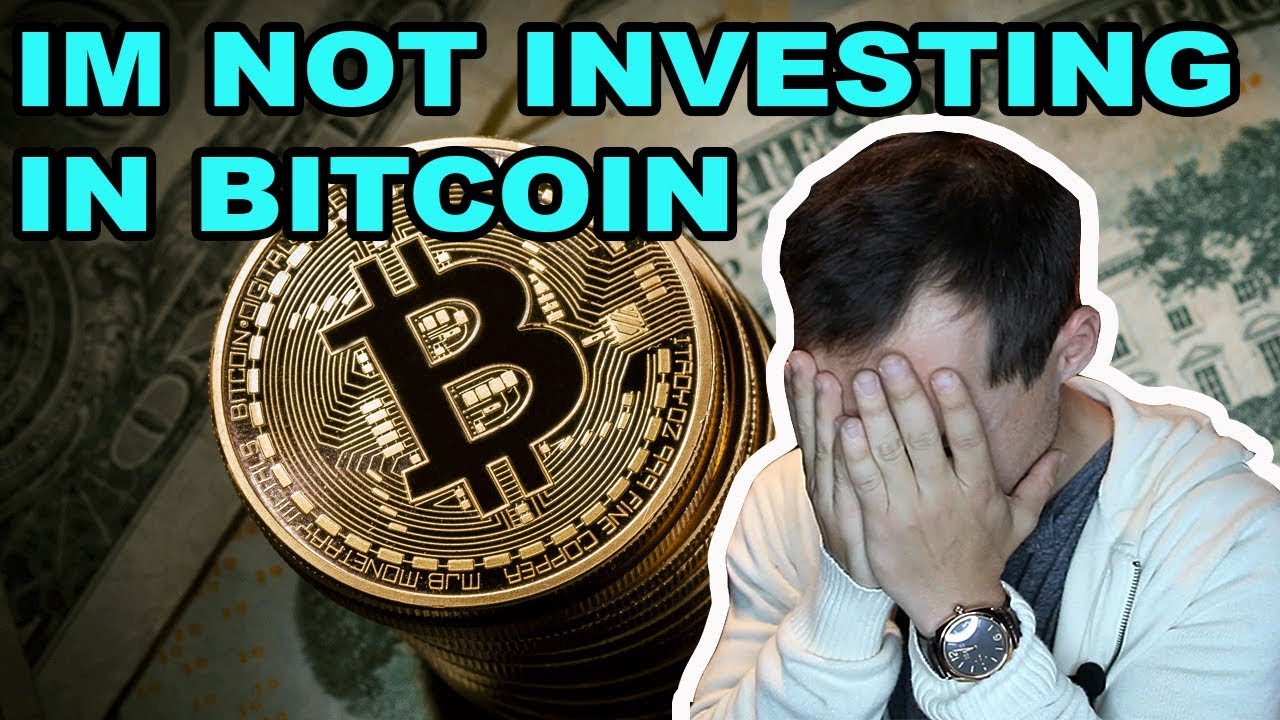 Investing
Share on Facebook
Share on Twitter
Share on Google+
Share on Pinterest
Share on LinkedIn
To get this out of the way, I’m totally neutral about cryptocurrency – I’ve been following Bitcoin for several years and have been watching most of the other coins closely over the last year or so. While it’s easy to say “in hindsight, I should have bought here and sold here,” life doesn’t work like that. Here’s why I’ve yet to invest in Cryptocurrency. Snap/Insta: GPStephan

While the blockchain technology behind it is extremely interesting and I think we’ll have a bright future ahead of us in terms of what Bitcoin and cryptocurrencies can offer, right now I see the market as being driven by speculation instead of utility. This means that there’s no “real” reason Bitcoin should be at $10,000 as there is that it should be at $5000, other than the promise of it being adopted on a much larger scale.

So in this regard, speculation in a cryptocurrency is necessary to growing it on a large scale. People have to take a risk on this and they’re rewarded handsomely if it pays off. In order for this to stabilize to a point where speculation doesn’t drive the market, it has to be accepted and seen as a normalized form a currency on a very large scale. The value of bitcoin is pretty much entirely dependent on how many people use it.

But this is where I see it getting complicated. While I think Bitcoin does have a strong intrinsic value and I’d love to see this adopted on a larger scale, I wonder how much of bitcoin’s value RIGHT NOW is speculative and how much of its value is “real?” And this is what I’ve yet to figure out and where I get uneasy about investing.

I know a lot of people compare bitcoin to gold, and in a sense this is a good point – older generations have seen gold as a safe store of value, just as our younger generation sees gold as being “old” and that Bitcoin is a better store of deflationary, decentralized currency. In a sense, they’re right. And as more younger people begin adopting this, especially as these are the people already exposed to a digital word, I can see this continuing. But it should be noted that when the dollar went off the gold standard in 1979, Gold Prices spiked significantly before settling down several years later and stabilized. Could we be in the same “run up” like gold saw, if the two are compared to one another?

It’s easy to look back and see what I should’ve done, but I also feel just as much that things could have turned out very differently. This is why I’ve yet to have invested in cryptocurrency and why I’ve remained focus on real estate investing and creating passive income.

For business or one-on-one real estate investing/real estate agent consulting inquiries, you can reach me at GrahamStephanBusiness@gmail.com