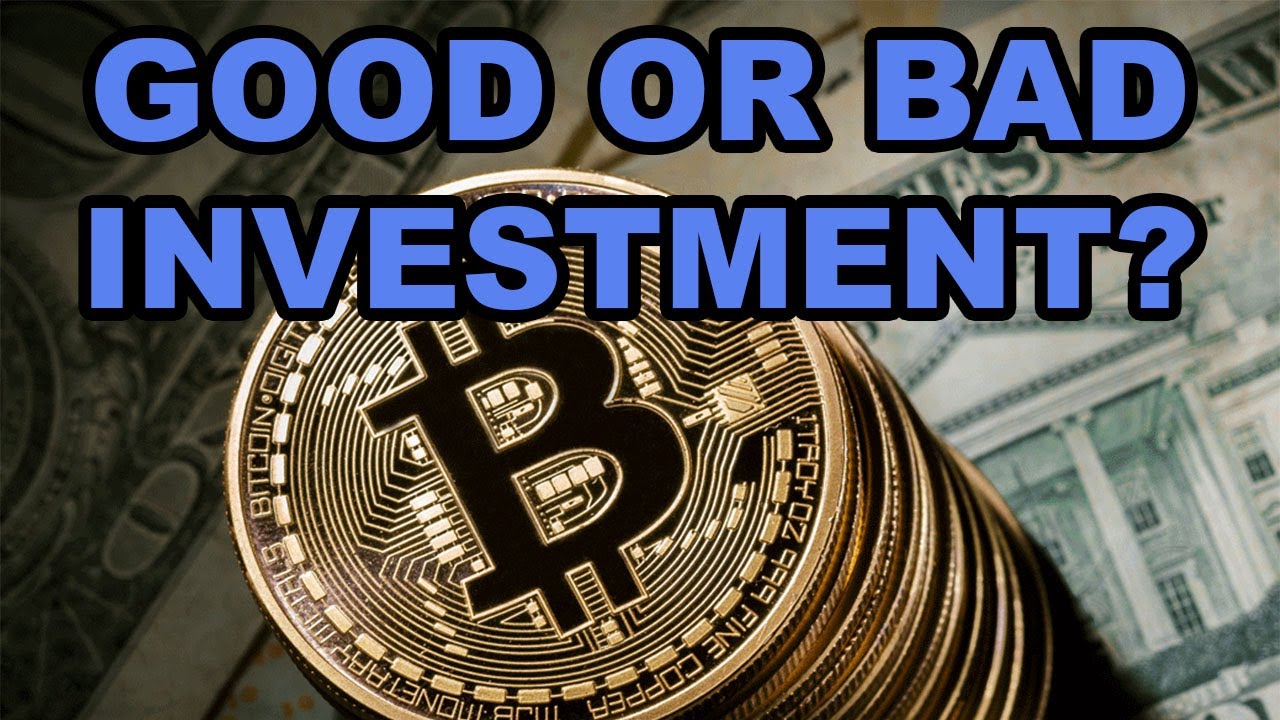 Investing
Share on Facebook
Share on Twitter
Share on Google+
Share on Pinterest
Share on LinkedIn
We’ve all seen this article: If you bought $100 of bitcoin 7 years ago you’d be sitting on $75 million right now. It’s everywhere. I’m being hit up about Bitcoin dozens of times per day. People get so opinionated about this topic and usually people either LOVE it or HATE it. I personally don’t have an opinion either way, but I’ll throw in my unbiased thoughts out there if I think this is a good INVESTMENT or not.

If you don’t already know, Bitcoin is a crypto currency released in 2009. Bitcoin’s are earned from computer mining systems that runs through complex algorithms
and once a specific string of code is deciphered, the system rewards you with bitcoin. The value of Bitcoin partially comes from the fact that there’s a finite amount of Bitcoin that can be mined – 21,000,000, specifically. This is similar to the US dollar on the gold standard, where only a finite amount of gold exists.

The value of bitcoin tends to increase as it gets more time consuming and more difficult to mine – the more bitcoins in existence, the harder the algorithms are for the computer to solve, driving up the cost to mine more bitcoin.

But does bitcoin have value?

Yes and no. It has a basic value because people spend a lot of time and money mining bitcoins. If people invest their own resources for bitcoin, they want a return on investment. This implies SOME value. There’s also some value in what people will exchange for bitcoin – obviously if 10 bitcoins can be exchanged for a Honda Civic, that implies some type of value. Since there’s a limited number of bitcoins to be mined, the scarcity also drives some perceived value.

This isn’t much different than the US dollar, really, where we give $1 the value of $1…except this $1 is subject to government manipulation, inflation, and regulation. While it’s no longer backed by gold, it’s backed by our entire economy, what it produces, and the dollar’s perceived value in relation to other items.

Now the US dollar’s value is still tied to the US economy, our laws, and our government (for better of worse, lol). The US dollar doesn’t have its entire value because we as people give it value – it has a very strong foundation of an income-and-product producing nation behind it. Bitcoin, on the other hand, doesn’t really produce anything – its value is merely on what we, the people, associate it with, and the benefits of having a decentralized currency without regulation. There is no longstanding country behind it, it doesn’t supply anything, and it doesn’t produce anything. This is my main emphasis between Bitcoin and the US dollar.

However, Bitcoin also has it’s advantages – it’s not subject to government control and manipulation and it’s entirely decentralized. It’s totally anonymous. Never have to pay foreign exchange fees. HOWEVER, there are no refunds. There is no regulation is something happens or if someone steals your coins….oh yeah, and these insanely wild price increases we’ve all seen.

But is it a good investment? My concern is that, until usage starts driving the value more than self-perpetuated speculation, I’d have a hard time seeing it as an investment. Investing in a relatively new currency is a very high risk, high reward strategy – you could get a huge payout or the values could drop 50% in a week. The volatility of the currency makes it extremely risky. Long term, I think Bitcoin will be around for the foreseeable future – but I would not be replacing a normal long term investment strategy with Bitcoin, at least not this early on. In fact, going slightly off topic here, my prediction is that bitcoin will eventually follow very closely alongside gold and precious metals. During political turmoil and global uncertainty, people will see a safe haven in cryptocurrencies. But this is a long, long time away, if ever.

If you want to invest, invest only what you can afford to lose. But I wouldn’t call this an investment…I’d call this highly risky cryptocurrency speculation where you could turn $100 into $75 million, but likely have a higher chance turning $100 into significantly less.