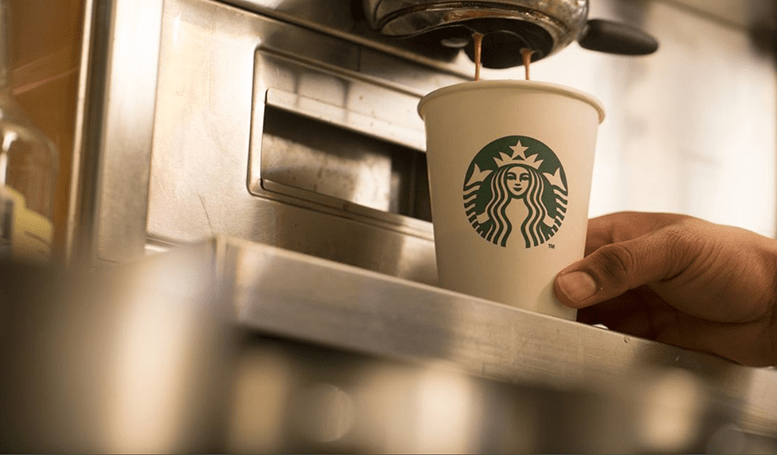 Bitcoin for coffee. It has a nice ring to it. But actually using Bitcoin (BTC) to buy coffee? Turns into a big mess real fast. However, that might be about to change.

Starbucks just hinted that it might soon have a way to make using BTC to pay for coffee a whole lot easier for its loyalists.

Currently, it’s possible to buy Starbucks coffee with Bitcoin, but it isn’t an easy process. The global coffee giant in the past teamed up with Square, which accepts Bitcoin. However, it isn’t as easy as whipping out your iPhone and paying with the Starbucks app or even your debit card.

But will that be changing soon? According to Bloomberg, the beverage retailer has just teamed up with the world’s biggest exchange operator, Intercontinental Exchange Inc (ICE) to create Bakkt.

Reports surfaced back in May of ICE working on a Bitcoin trading platform. This morning, ICE officially announced the creation of Bakkt.

CEO of Bakkt, Kelly Loeffler, commented on her company in the press release and said:

“Bakkt is designed to serve as a scalable on-ramp for institutional, merchant and consumer participation in digital assets by promoting greater efficiency, security, and utility. We are collaborating to build an open platform that helps unlock the transformative potential of digital assets across global markets and commerce.”

In the press release, the company announced that it was working with Microsoft, BCG, and Starbucks on its new company Bakkt.

It remains unknown how Bakkt plans on reducing the high fees associated with Bitcoin transactions, which make using Bitcoin for everyday purchases, like a cup of coffee, rather inconvenient.

“As the flagship retailer, Starbucks will play a pivotal role in developing practical, trusted and regulated applications for consumers to convert their digital assets into US dollars for use at Starbucks,” said Starbucks Payments VP Maria Smith in a statement. “As a leader in Mobile Pay to our more than 15 million Starbucks Rewards members, Starbucks is committed to innovation for expanding payment options for our customers.”

Many believe that this is big news for the cryptocurrency as the big question for most is, “Where can you spend it?” Currently, there seems to be some demand to make it easier to accept digital currencies, although Starbucks wouldn’t be the first retailer to accept them.

Overstock.com started accepting Bitcoin back in 2014. Still, the high fees have yet to be addressed, so, we’ll just have to wait and see.