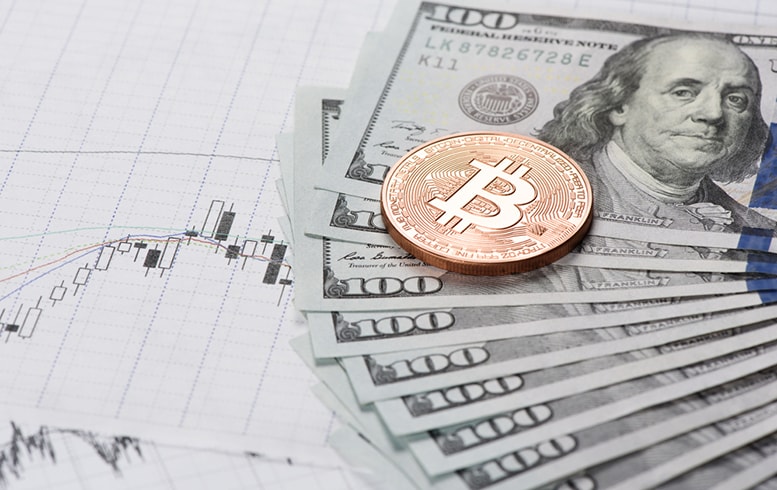 Goldman Sachs appears to have mixed feelings towards Bitcoin. Earlier in 2018, the bank said it was planning on opening a BTC trading desk. Yesterday, a former Goldman Sachs executive said a Bitcoin ETF was possible. Yet, in the Goldman Sachs midyear economic-outlook report, Bitcoin was reported to decline even more than it has so far already this year.

According to the bank’s investment strategy group, Bitcoin’s price has declined by 45% this year, and it’s not going to stop anytime soon.

Why, though? Sure, we’ve all seen the price dips. However, we’ve also seen what it can do when BTC is having a good day.

According to Goldman Sachs’ investment strategy group, there will be further declines in cryptocurrencies because they do not match the conventional expectations of what a currency is supposed to be.

First, Bitcoin is not a medium of exchange, according to the bank. Second, cryptocurrencies are not a unit of measurement. And third, they are not a store of value.

Should the Market Prepare?

Yes and no. If you’re interested in the activity of broader financial assets, cryptocurrency declines shouldn’t impact your life too much. Why? Because “cryptocurrencies represent just 0.3% of world GDP as of mid-2018.”

For the most part, the New York-based company has expressed bearish views on cryptocurrency, which lines up with the Goldman Sachs midyear economic-outlook report.

Back in November, CEO Lloyd Blankfein said BTC is not a valid currency and is a way to “perpetrate fraud.” Then in January, the bank warned investors that Bitcoin was in bubble territory.

Here’s where the different opinions come in.

Fast forward to May of 2018 and Goldman Sachs announced its intent to launch Bitcoin futures contracts.

Fast forward even more to August of 2018 and a former executive for the bank, Ali Hassan, said a Bitcoin ETF is very likely to happen. That said, Hassan did say that this will only happen once the digital asset proves it doesn’t pose a risk to investors.

Do you agree with what was said about Bitcoin in the Goldman Sachs midyear economic-outlook report?

>> Bitcoin is Getting Bakkt! NYSE Owner to Offer Federally Regulated Market for Bitcoin